The ‘educated-traveller’ is a celebration of life, nature, human achievement, and our magical, precious environment. It is about ordinary people, chance meetings, conversations, experiences. It’s about great people and extra-ordinary places. It is a highly personal version of events – it is what I have seen and observed. It is my interpretation of these things. I hope that my thoughts are interesting to you, and I welcome your comments and observations. I write as truthfully and honestly as I can.

At the Rialto, Venice 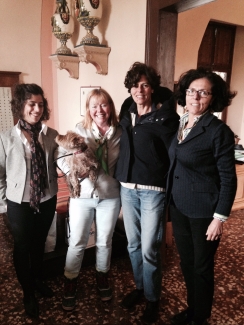 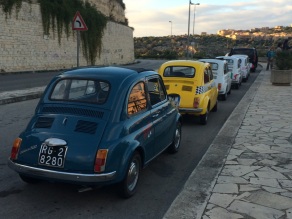 The Cathedral of Cefalu dates from the 11th century

A lifetime ago I crossed the causeway that links Venice to the mainland of Northern Italy. The beauty of the city is captivating. Palaces, canals, hundreds of bridges. Everything transported around the city by water or hand-cart. The blue-green waters of the lagoon lapping against white marble. Wooden posts for mooring the gondolas. Boats and water everywhere. A bustling city that hasn’t really changed since the 17th century. More than 1500 years of history before my eyes. Venice represents the very best of human creative energy. This sums up the ethos of the ‘educated-traveller’ blog too. A celebration of life, nature, human achievement. I’d like to invite you to explore some of the posts and let me know what you think. What resonates with you, what makes you nod in agreement?

The blog posts that I write fall into three broad categories:

1/ PEOPLE – this could be any kind of person; a shoe-maker in Venice, a dedicated gardener in Oxford, an archaeologist in Jericho or perhaps Freya Stark a doughty female traveller to the Middle East in the 1930s. Or at a more festive level it could be an article about Lily Bollinger, who ran Bollinger Champagne from the 1940s until 1971.

2/ PLACES – of out-standing natural beauty, or areas that fascinate me. This might be The Alps around the Rhone Glacier, Switzerland or the barren Judean Hills north of Jerusalem. It could be the wild and exposed Grimsel Pass in Switzerland or the fairytale chateaux and lush green gardens of the Loire Valley in France.

3/ JOURNEYS  – both physical journeys from one place to another AND ALSO journeys of the mind, inner dialogues connecting one event with another. For example a road trip from France to Northern Italy From Monaco to Pisa with love…. or a recent journey from Chartres Cathedral to Canterbury Chartres to Canterbury – A Pilgrimage

4/ VERY SPECIAL DESTINATIONS – for me this would have to be Venice and the Venetian Lagoon. An area that has fascinated me since my first visit there – quite a long time ago. Venice is unique and the location of the city in the heart of the lagoon enthralls visitors. Venice – A day on the water in Venice

I delight in linking the history, geography, art, culture and language of a place or a time in a way that is easy to understand and (hopefully) interesting. Here’s an example of what I’ll be talking about…

‘Two roads diverged in a wood, and I, I took the one less travelled by,

and that has made all the difference’

These words were written just about one hundred years ago by the American poet Robert Frost (1874-1963). Frost was writing in the early days of the First World War. He had recently returned from England where he had spent time with Edward Thomas (fellow writer and poet) with whom he would walk in the countryside. Some say that Frost’s poem was directed at Thomas and his inability to decide whether to sign up to fight in ‘The Great War’. Shortly after reading this poem Thomas did sign up and in fact died in the trenches in 1917.

For me the poignancy of Frost’s words are profound. ‘Two roads diverged in a wood, and I, I took the one less travelled by, and that has made all the difference.’ My generation is so fortunate, we have lived through a time of peace in Europe. We haven’t faced the challenges that our grand-fathers and great-grand-fathers had to endure. For us life so far has been about choices, individuality and freedom.

At the same time that Frost was writing, the suffragette movement was gaining ground in Britain. More and more women were campaigning for universal suffrage (the right to vote). Their colours were purple, white and green. Purple signified dignity, white was purity and green was hope. I owe a great deal to these female campaigners. When I got a place at Oxford University, it was at St Hugh’s College. A college founded in 1886 and dedicated to teaching women. When St Hugh’s was established by Elizabeth Wordsworth (great niece of the poet William Wordsworth) she wanted to create a women’s college in Oxford where women could study and learn and be part of the academic community. She created a centre of learning that has since educated politicians, lawyers, national leaders, writers, thinkers and business women. I’m proud to have had that opportunity, to have been part of that great heritage. Very recently I discovered that our second female British Prime Minister Theresa May was a student of St Hugh’s College, Oxford and even read Geography – my subject!

It’s hard to believe that just 100 years ago women in Britain could not vote. Women’s suffrage came eventually in 1928. In America it came earlier, if you were a white American, as a result of years of campaigning by Susan B Anthony and others. Of course in the US full universal suffrage only came properly to all adults in the 1960s.

University of Oxford, St Hugh’s founded in the 1880s as a place for women to study. 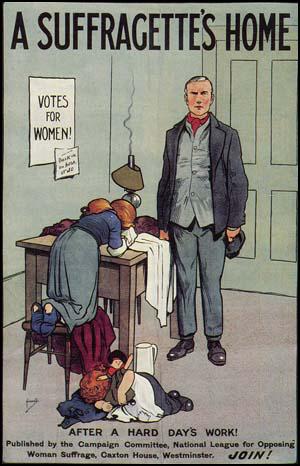 Campaigning for the right to vote

The ‘educated-traveller’ celebrates life, human experience and our wonderful environment in a neutral and gentle fashion. This blog is not political, nor is it religious. Instead I like to think I encourage tolerance, enquiry, humility and authenticity. It is much more interesting and useful to consider what we have in common with other people, rather than to focus on what sets us apart.

I look forward to hearing from you and hearing your stories.

Robert Frost, American poet and Edward Thomas, British poet became friends in the early years of the 20th century. There took long walks in the English countryside together, observing nature and discussing issues of the day.

Two roads diverged in a yellow wood,
And sorry I could not travel both
And be one traveller, long I stood
And looked down one as far as I could
To where it bent in the undergrowth;
Then took the other, as just as fair,
And having perhaps the better claim,
Because it was grassy and wanted wear;
Though as for that the passing there
Had worn them really about the same,
And both that morning equally lay
In leaves no step had trodden black.
Oh, I kept the first for another day!
Yet knowing how way leads on to way,
I doubted if I should ever come back.
I shall be telling this with a sigh
Somewhere ages and ages hence:
Two roads diverged in a wood, and I—
I took the one less travelled by,
And that has made all the difference.                             Robert Frost 1916

Robert Frost’s fellow poet, walking companion and friend, Edward Thomas also wrote beautiful, bucolic poetry. Here is ‘Adlestrop’ one of the first of Thomas’ poems that I encountered. It is, in a way, a personal elegy to the English countryside. Published after Edward Thomas’ tragic death in 1917:

Yes. I remember Adlestrop —
The name, because one afternoon
Of heat the express-train drew up there
Unwontedly. It was late June.

The steam hissed. Someone cleared his throat,
No one left and no one came
On the bare platform. What I saw
Was Adlestrop — only the name

And willows, willowherb, and grass,
And meadowsweet, and haycocks dry,
No whit less still and lonely fair
Than the high cloudlets in the sky.

This beautiful poem is about noticing and observing what is going on around us. Written by Thomas when he was in his thirties. Shortly afterwards he was killed at the Battle of Arras, one of many young men to lose their lives in the fields of Northern France during the First World War (1914-18). This poem and many more were published after his death thanks to the dedication of his wife Helen who worked tirelessly editing, organising and promoting his work.

So many stories to observe and think about. The ‘educated-traveller’ blog is just a start… 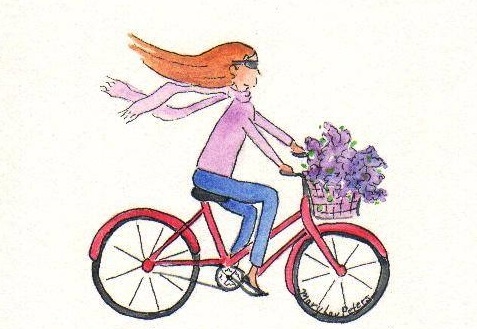 Louise at work in the veggie patch 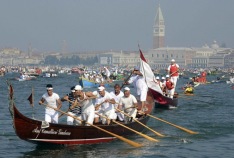 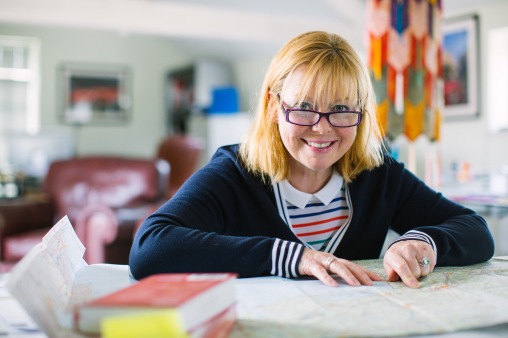 Janet Simmonds at work planning an itinerary (as usual)! Janet writes about travel at http://www.educated-traveller.com

A note on the author: 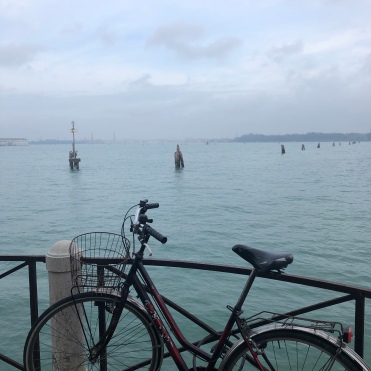 Venice – a bicycle gazes whimsically across the lagoon. 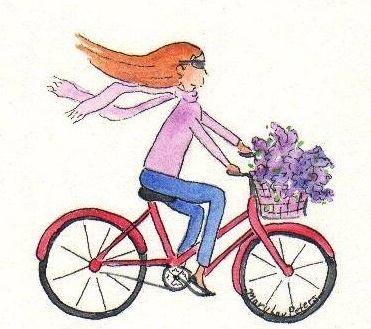 Happy Reading, Writing and Travelling in 2020!!